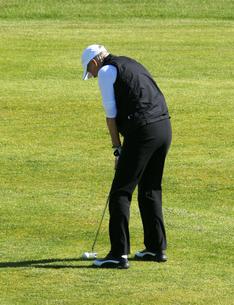 (handicap questions should be

IF YOU ARE INTERESTED IN JOINING OUR CLUB, PLEASE CHECK OUT THESE FREQUENTLY ASKED QUESTIONS!​

6/20/2022- Congratulations to the team of Curt Eby, Cliff Eby, Dennis Cordoba, and Lance Reginato. Their combined score of the best ball and lone ranger resulted in a net 21 under to win the first place prize in the tournament. The second place team of Chris Graham, Randy Lawson, Craig Goodwin, and Terry Keys had a fine day going 16 under. The third place team of David Bridgeford, Paul Emery, Doug Beckham, and Nathan Johnson went 13 under to round out the top three teams. Full results are posted on the tournament page if you'd like to know where your team finished up.

Individually, Cliff Eby and Randy Lawson were the two gentlemen to go low regarding net scores. Each player shot a four under net 60. Matt Quinn was the lowest gross score with a 70 including a couple birdies.

Our next tournament is the annual Red/White/Blue tournament that I usually do around the fourth of July. Six holes will be played from the red tess, six from the white tees, and six from the blue tees- though not in that pattern. I'll have some sheets for you to print out or collect to tell you which tee to play from on each hole. We'll be doing all the usual games as well.

Thank you for your patience on the results from Saturday's tournament. I had a family gathering this weekend. I hope you are even more patient in waiting for results on the next tournament as I will be on a vacation. The officers have offered to run the show in my absence. I'll still be able to post tee times but you won't have the results of next tournament until at least Friday, July 8.

For those joining me in Carson City on Sunday, I'll see you then. Everyone else- see you in about a month. Enjoy the next tournament! It's definitely unique.